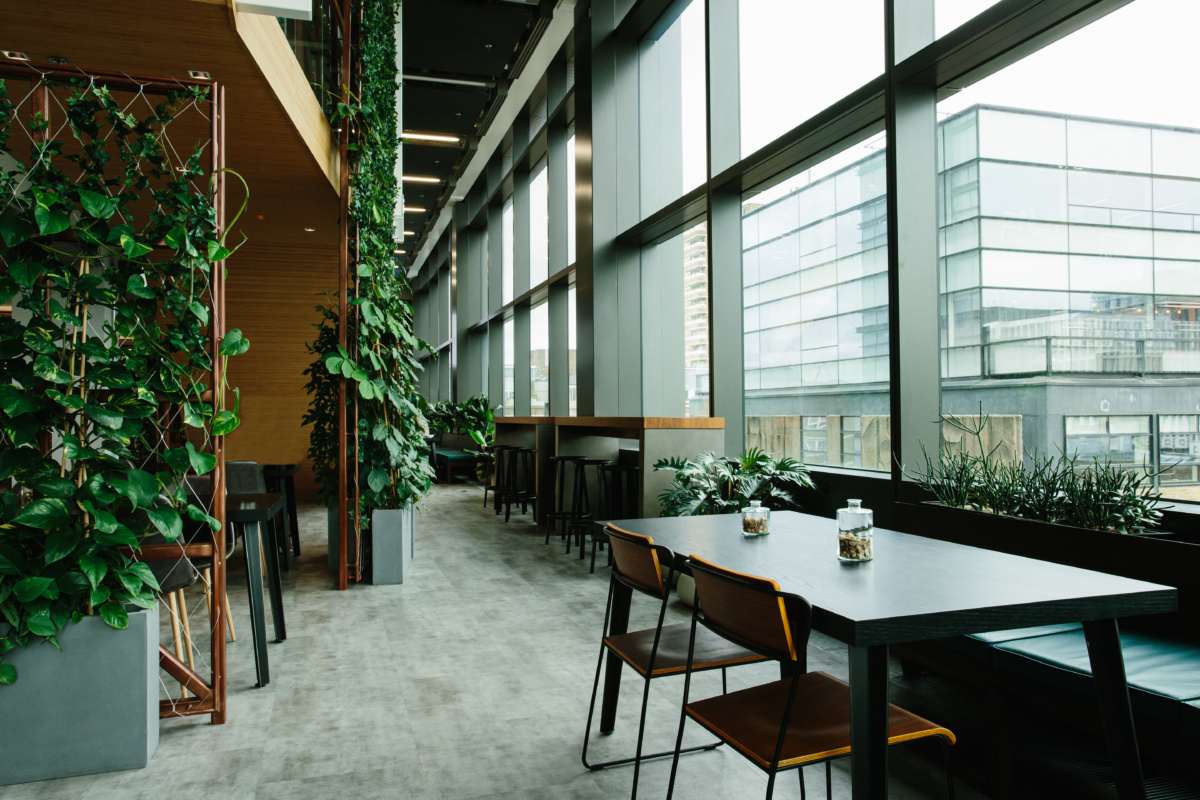 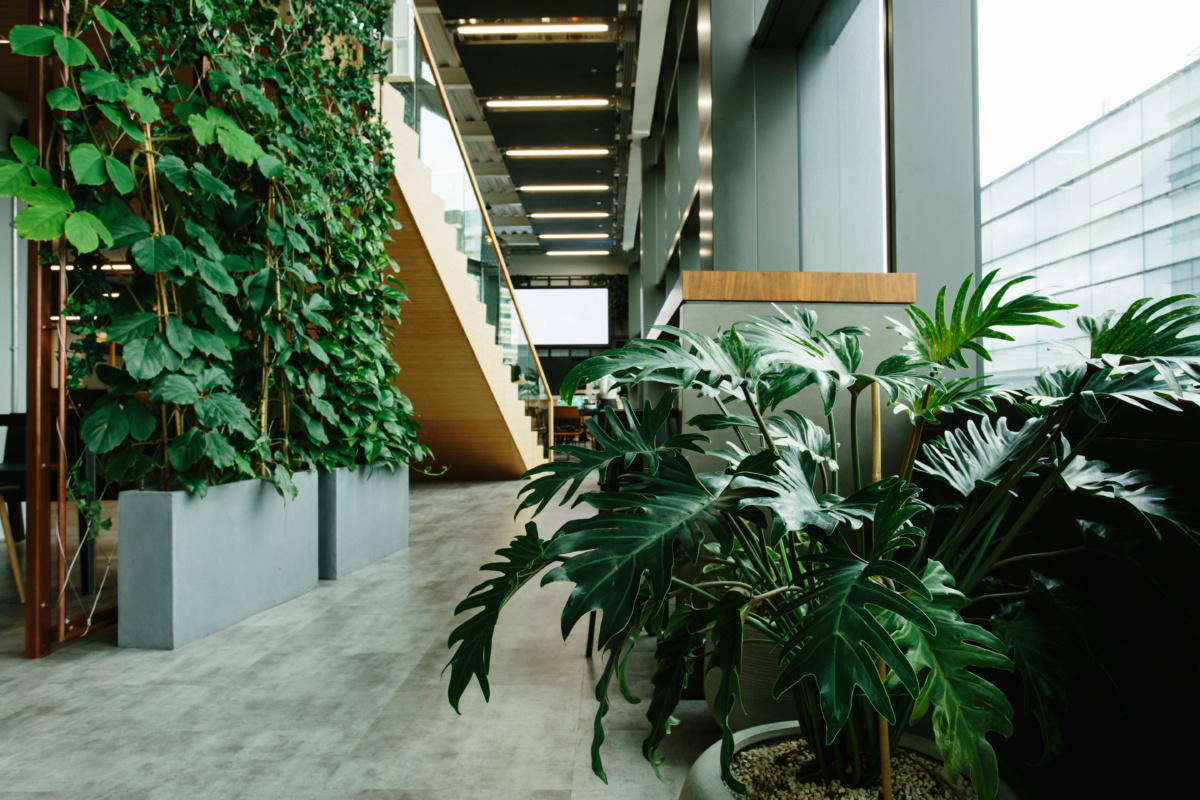 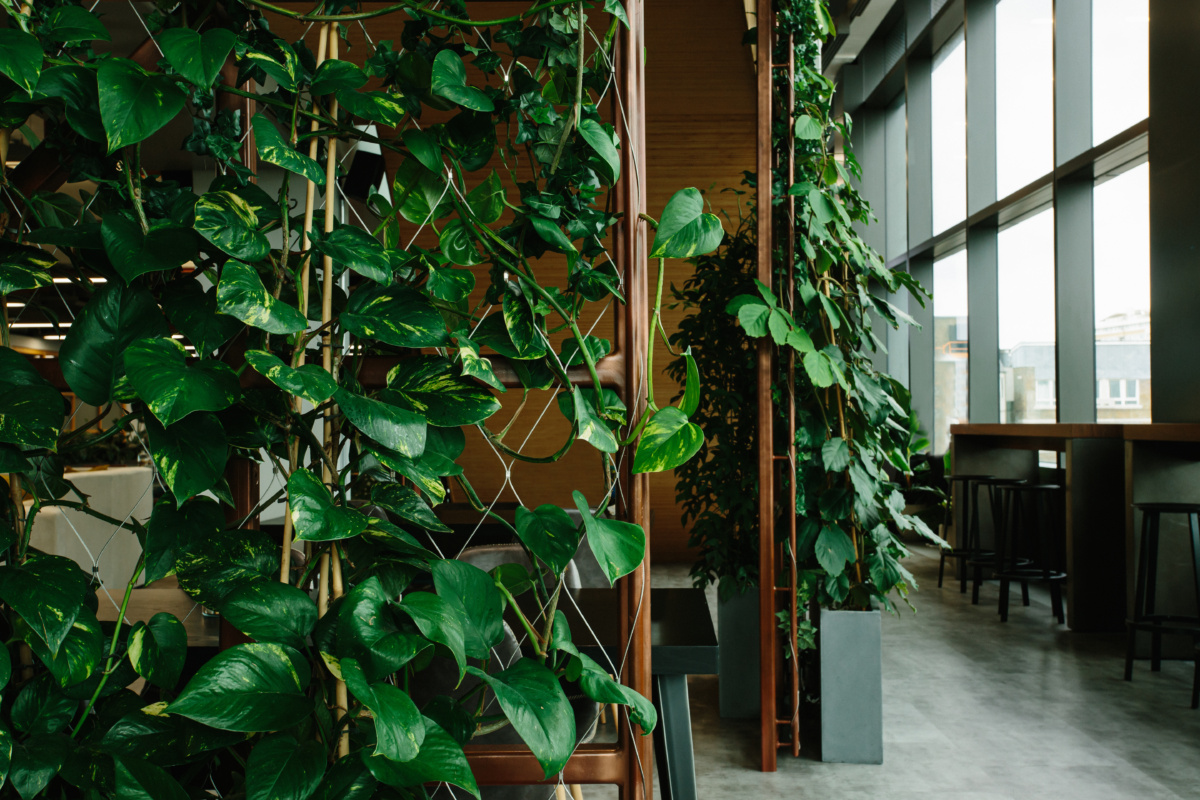 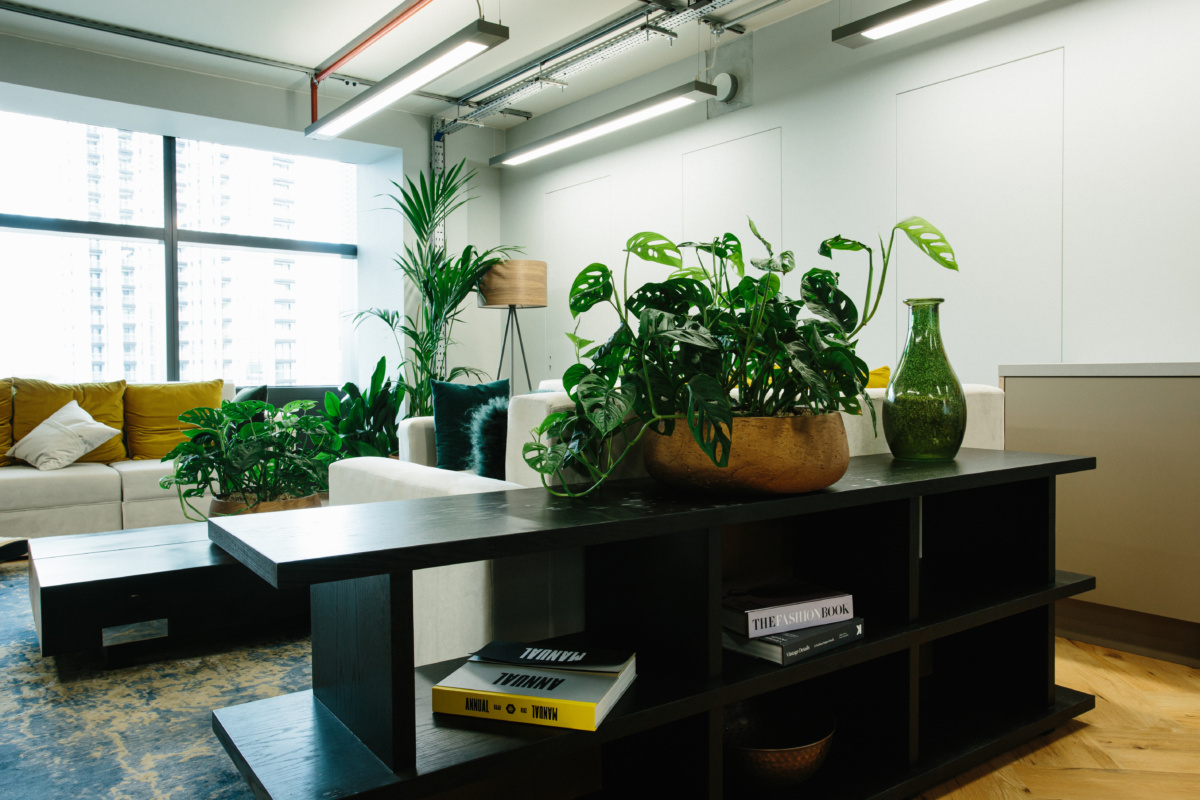 The initial brief provided by the client was to create an interior ‘green screen’ across the façade of an internal feature staircase, using a bespoke mesh/planter system. As this idea developed, so did the client’s eye for biophilic design, and hence the scope for the project. Once we had agreed on the staircase design, we were soon looking at ways to incorporate plants into the rest of the office.

The initial concept for the overall office aesthetic was created by Studiofibre, featuring bespoke furniture items with integrated planting. Cameo & Partners were then invited to put together a preliminary planting plan that would be suitable for the space, which ended up focusing on a variety of interesting, primarily broad-leaved species. Plant Designs then joined the team to offer practical solutions to the concept/design, advising on the feasibility of certain plant species, adding further design ideas and eventually installing and maintaining all plant displays throughout the office.

Once the new displays had been installed, Plant Designs took on the refurbishment and maintenance of all pre-existing displays on site (i.e., those supplied by other providers), recycling and re-using as many existing pots and pots as possible in line with our company’s environmental commitments, while being careful not to compromise the new aesthetic that had been implemented.