Trying to describe the differences in styles in countries is always very general and might be discussed and questioned but we don’t need to take this too seriously. Maybe I should say Swedish style because you could certainly say that there is a difference between the different countries in Scandinavia but I’m most familiar with the Swedish interior landscaping.

I would start to say that Danish and Norwegian style in the big cities like Copenhagen and Oslo is a bit more continental compared to Sweden, meaning for example using big trees in stainless steel pots in an entrance, big architectural installations, fancy arrangements in receptions and lobbies. I’m not so sure about Finland but they use comparably more artificial plants than in Sweden. In Sweden we love plants and we try to put them everywhere! We are quite practical about it and like to put them where most people can see them and where they make the best effect, not only the visual effect for the visitor but for the employees inside the offices. It is also very important that the distribution of the plants in the offices is very fair so every employee should have the same.

In almost every Swedish home you will find lots of pot plants in the windows and also big plants on the floor, and we love them and keep them forever, it doesn’t matter what they look like because it might be a plant I got when I was a small kid or it might be my old grandmother’s plant. We are often quite sentimental about our plants, even at our workplace. Quite often it happens when we service plants in offices that they ask, what have you done with my plant, even if we have pruned them to keep them nice and healthy they will say ‘ but I liked it like that, why have you cut so much’?

I would say that Sweden is a very good market for Interior Landscapers! There is a very good acceptance with all people in all levels that plants are good for us! We are willing to spend quite a lot of money on plants and most of those money goes to volume and plants for the employees rather than fancy projects. For example window plants is quite common and very popular. If one get it, everybody wants one, even the tough guy in the corner.

Over the last 10 years there has been many Plant Walls installed in Sweden much more than in Finland, Norway and Denmark. The biggest reason for that is probably because there have been 3-5 plant wall companies in Sweden working with this for more than 10 years now. The interest for Plant Walls will absolutely increase, for sure!

That’s why we use plantlight a lot! That’s a good thing! We don’t use plantlight just because the plants have to survive! Plantlight lifts the plant installation; it becomes an art piece to be proud of!

With healthy plants that grow well, there will be a much better impact on the indoor climate and the air quality, more water will be evaporated, more CO2 will be taken up from the surrounding air and so on. With plantlight we can use a bigger variety of plants in normal indoor locations and create a more interesting plant installation. For example we can make Olive trees work quite ok in our indoor climate if we put up lots of light. Plantlight is one of the way’s to make the impossible- possible!

Architects like that! And we like that too! It gives us more possibilities. Now days there are definitely a tendency to reduce and control the light in our offices in order to save energy. This makes it even more important for us as Interior Landscapers to take control over our plant’s light levels. Make sure that the plantlight is controlled over a separate channel and is on for a minimum of approximately 12 -14 hours. Also make sure that it is on during weekends and holidays. It is a typical problem during wintertime and Christmas that the plants suffer from low light and finally dies when the office is closed and shut down over Christmas with all the light turned off.

The quality of the plantlight is very important! We prefer Metal halide lamps! This is our nr 1 choice! Metal halide gives a very good light for the plants but most important a very beautiful light for our plant installations. Metal halide is also very energy efficient and you will get lots of light from each lamp. We also use 12V Halogen, this is a very beautiful light and works well if it’s used as a complement to the normal indoor light, for example in offices. It’s cheap and easy to install but has rather bad energy efficiency. This is where LED comes in everybody wants LED right now but it’s a bit complicated still. It has to be very high quality LED and specific products. We have tested for a while and found some that works quit well. LED lamps has a very high energy efficiency (but it’s not so big difference compared to Metal Halide) and it looks quit ok, but it’s still quite expensive, sometimes twice as much as our plant installations! But that’s ok because it goes on another budget.

You could say that almost half of the year we have to be careful with handling plants in cold weather, that’s of course depending on what plants we are talking about. There are some interior landscaping companies that don’t sell for example sensitive varieties of dracaena during some winter months. I have seen some companies that use like a special winter bag for plants. It looks like a ski bag but shorter and wider; in this bag they can bring a D Janet craige 90-60-30 over the shoulder, to the customer, riding the subway even in the coldest winter day. Cool! We also have one resent example from our college Helene Tropisk Design Oslo. When the should deliver 3pcs Bucida buseras 8-9 m high 1200kg each to the renovated old railway station in central Oslo it was 6 degrees below zero and windy ! They had built a separate tent for the whole truck to unload the trees.

Some Interior Landscaper thoughts from a cold and dark Scandinavia. Dark and cold, sounds really bad! But we compensate that during summertime so it’s quit ok. 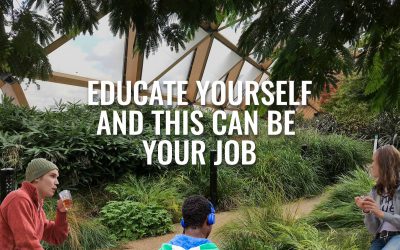 For over a year the whole world has been struggling with Covid-19, with all its grim faces. But, it has brought change and chances too. Some interior landscaping organizations even report growth. After lockdown, their office clients plan to receive their personnel in... 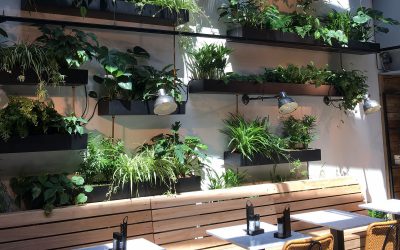 Webinar Nov 3: how to adapt your company to crisis

The world is changing at rapid pace. The COVID pandemic seems to be our wake-up call. Things need to change towards more simplicity, circularity and sustainability. What role can we play as interior landscapers? Green inspirator Philip van Traa, founder of Dutch... 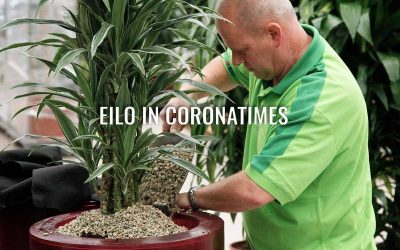 The past months, with global COVID pandemic and related policies and regulations, have been quite difficult for many and the sector of interior landscaping forms no exception. The duration of the pandemic and its effects in the near future are still fairly uncertain....