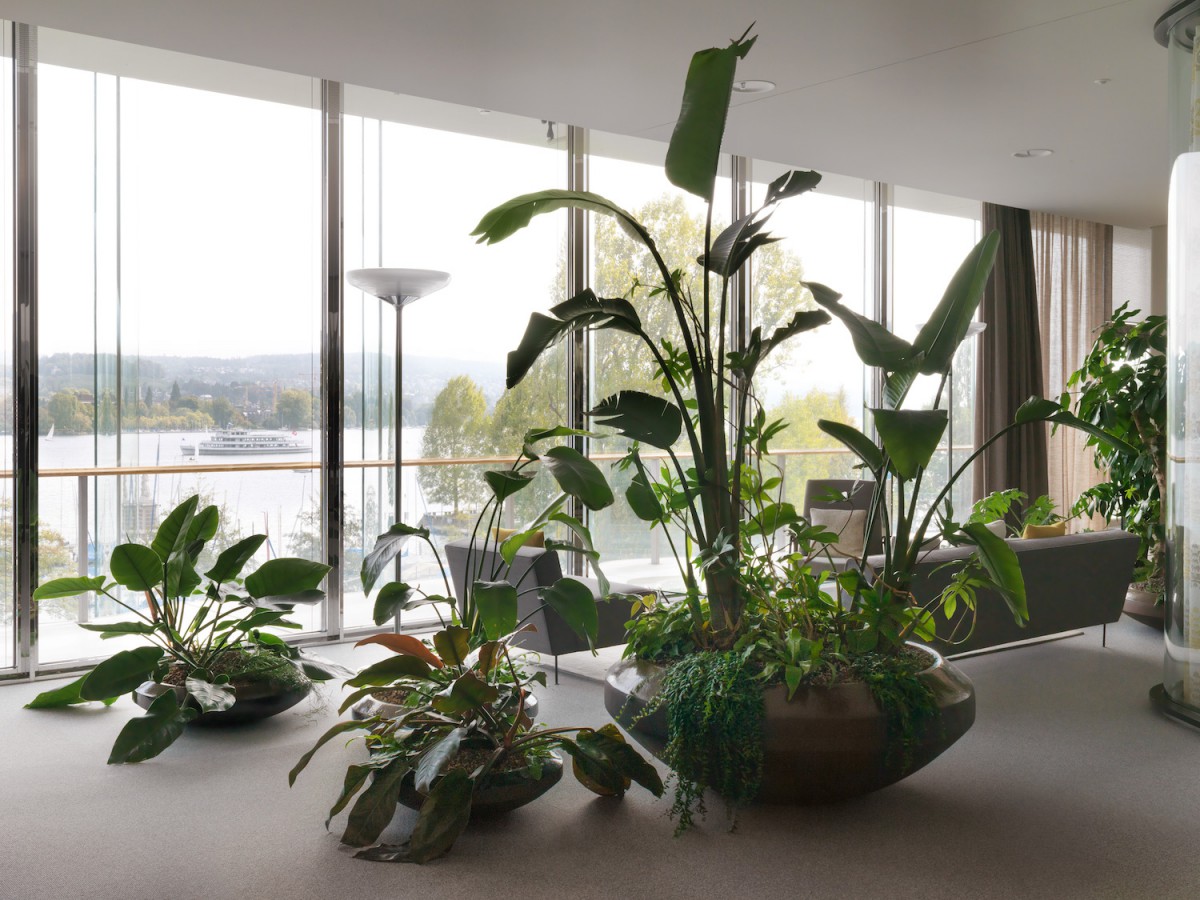 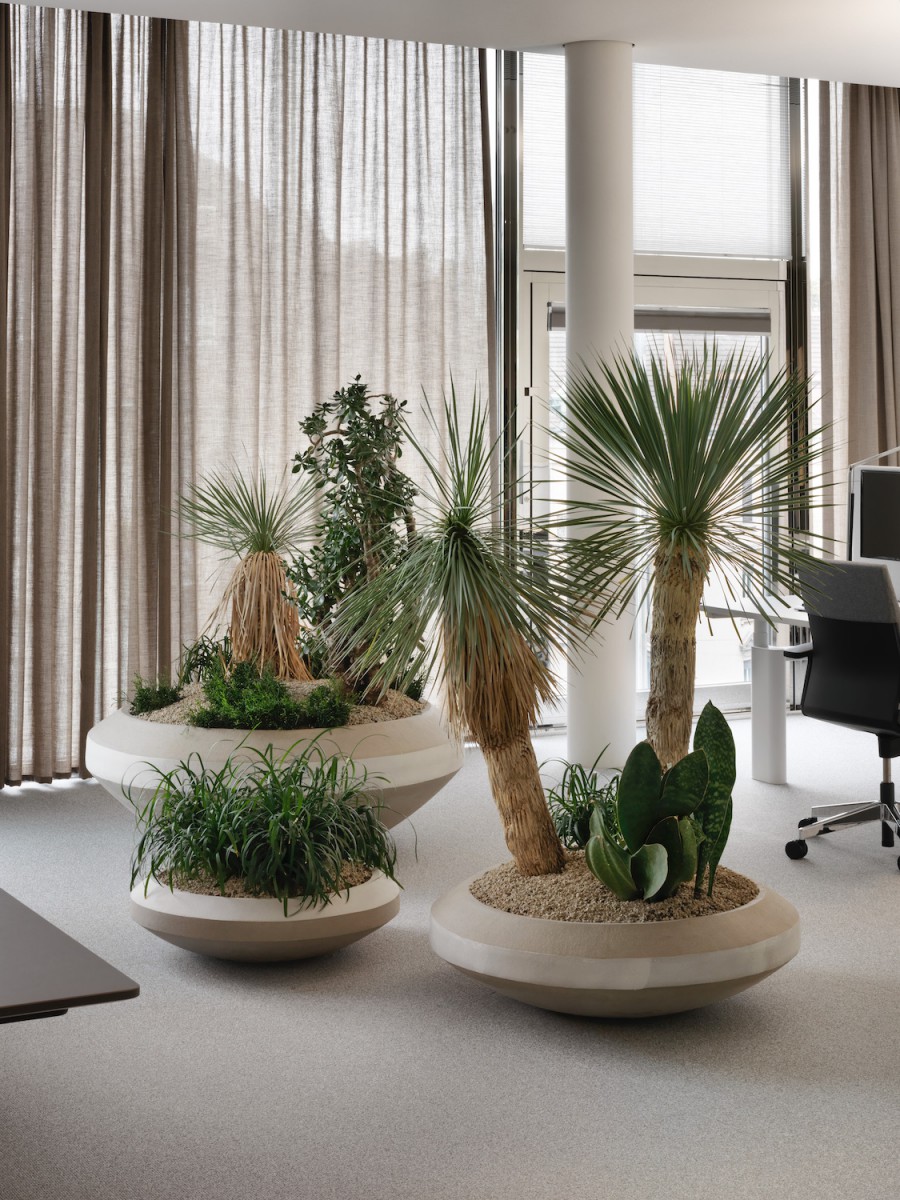 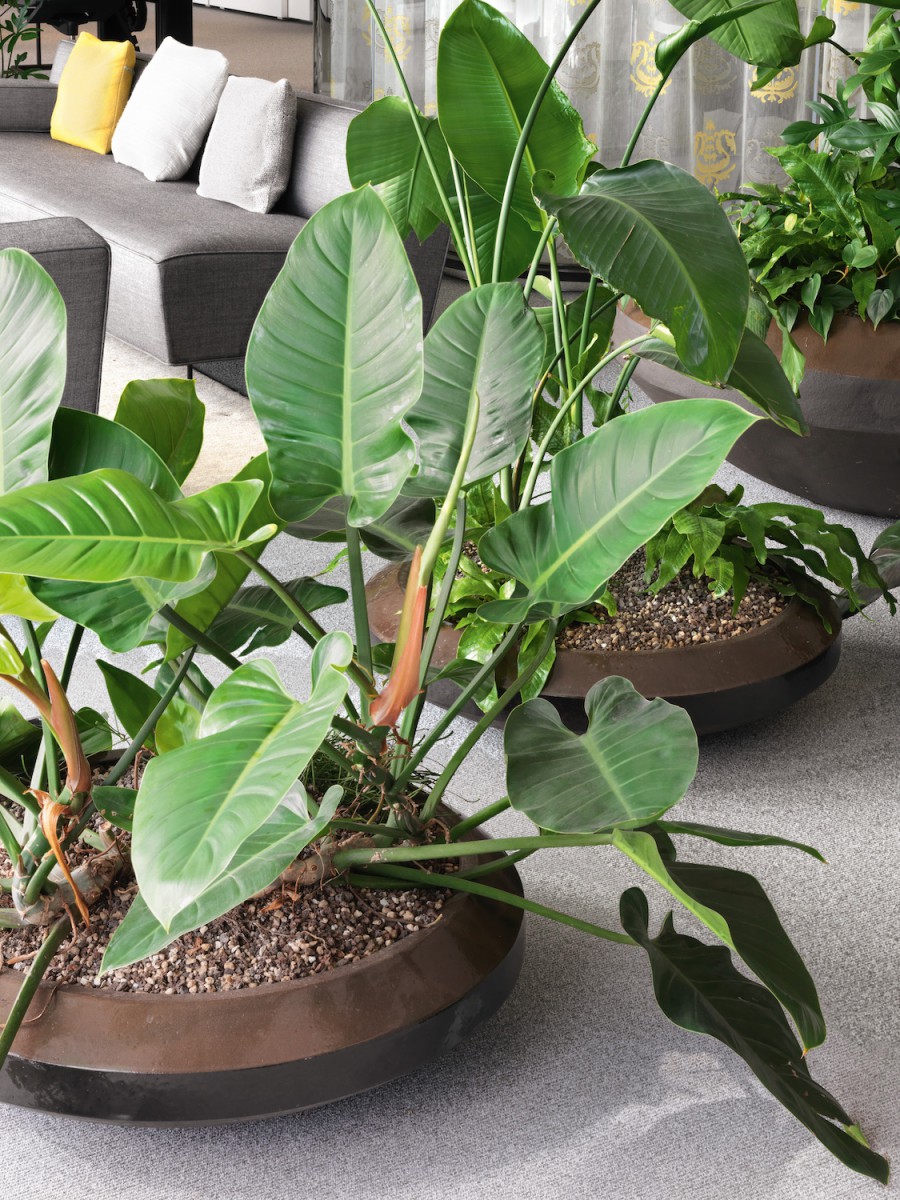 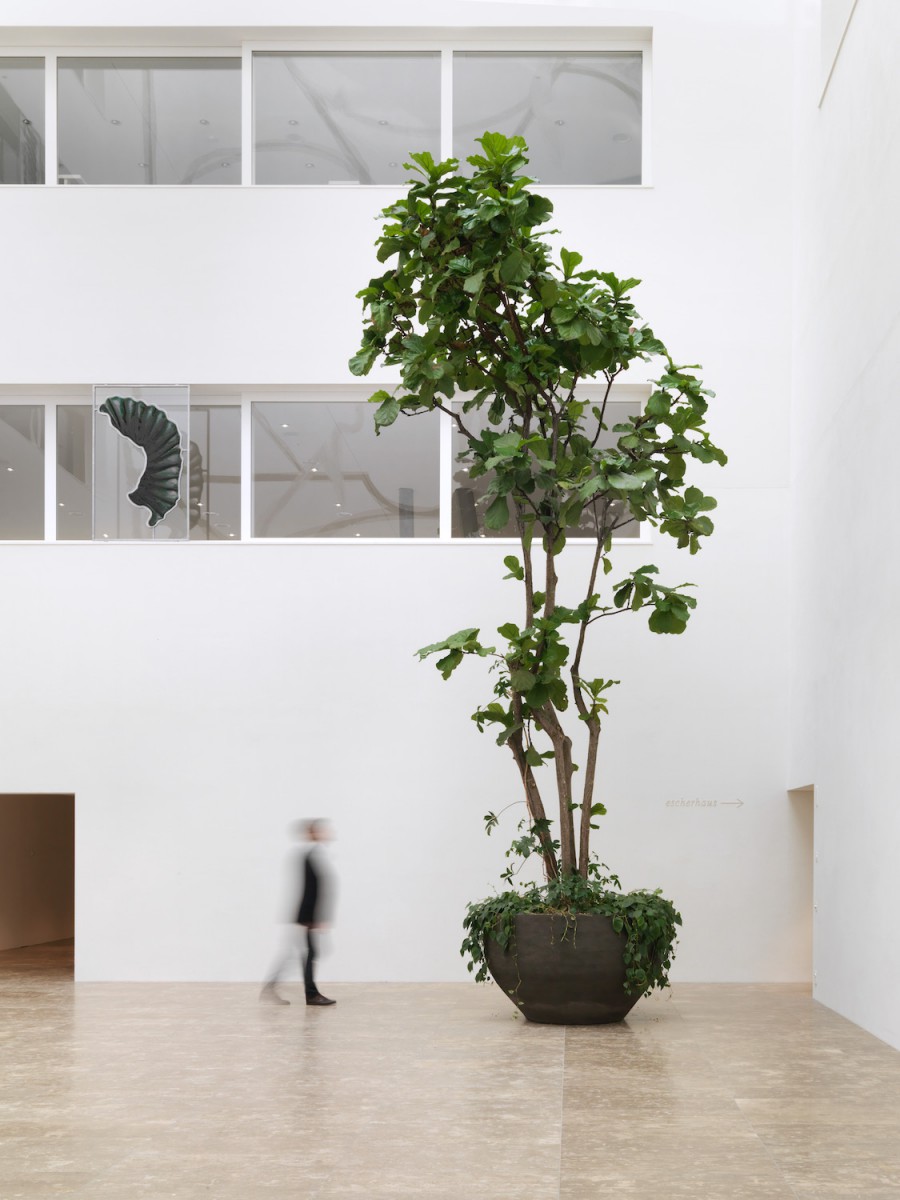 The design for the restructuring of Swiss Re’s headquarters in Zurich which came about as the result of a competition which was won by Diener & Diener Architekten replaces an existing building from the 1960s. The outside is characterised by a large, undulating glass façade. Furthermore, the building represents great flexibility in its use of the office floors and modern, future oriented workstations.

The interior plant design came about as the result of artist Willem de Rooij’s idea to associate each floor with the vegetation of a specific continent: North America, South America (the tropics), the Australian Outback, Antarctica (tundra).
Plants and containers fuse together in a natural manner. Featuring the most varied of surfaces; large, flat containers from Atelier Vierkant each make up the colour, structure and surface of the natural earth of the individual continents. Glazes, varnishes and untreated surfaces are used alternately, resulting in fascinating games being played with the daylight.
Idea and concept by aplantis AG, Bern, Switzerland.