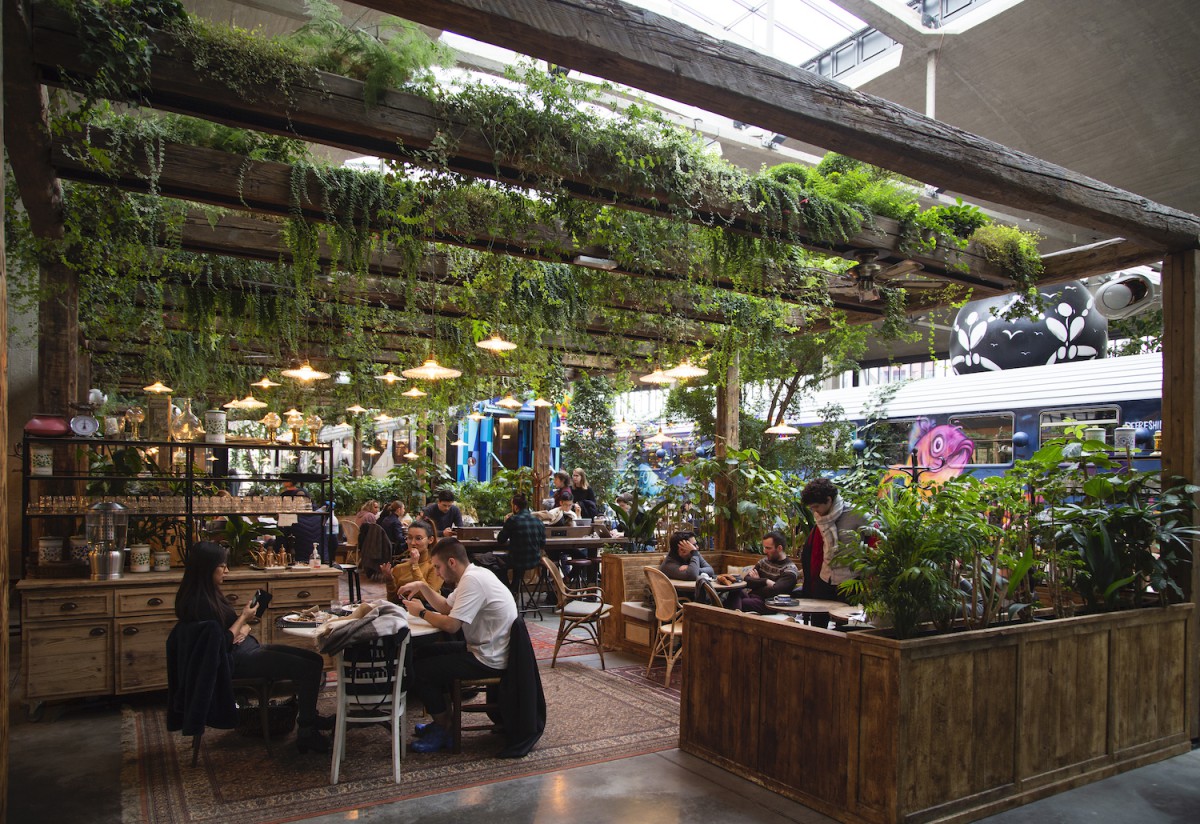 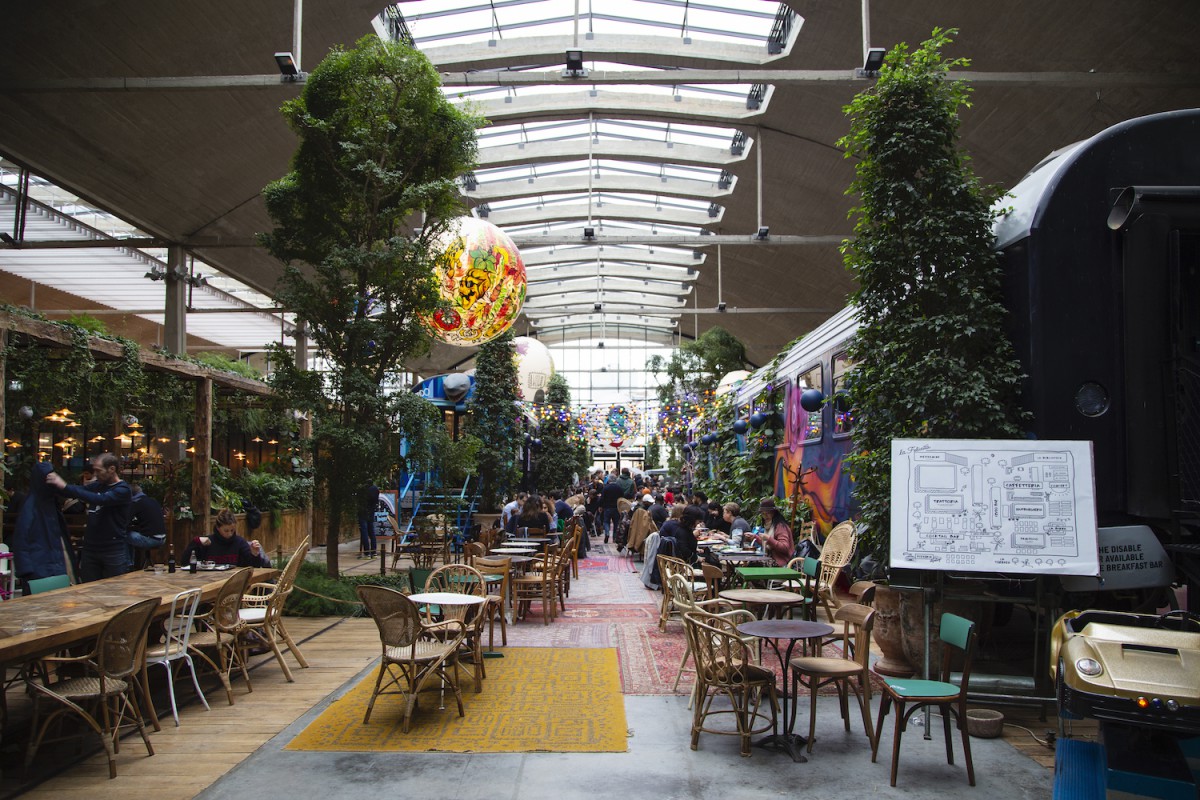 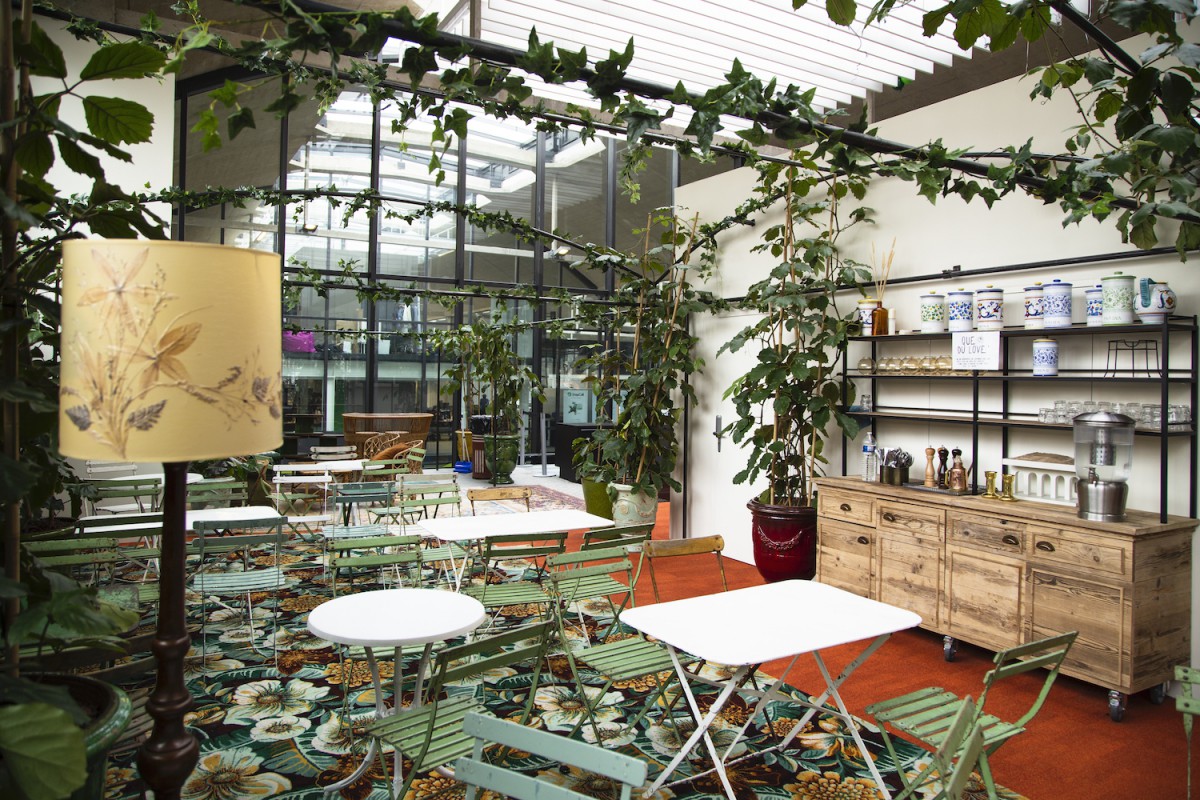 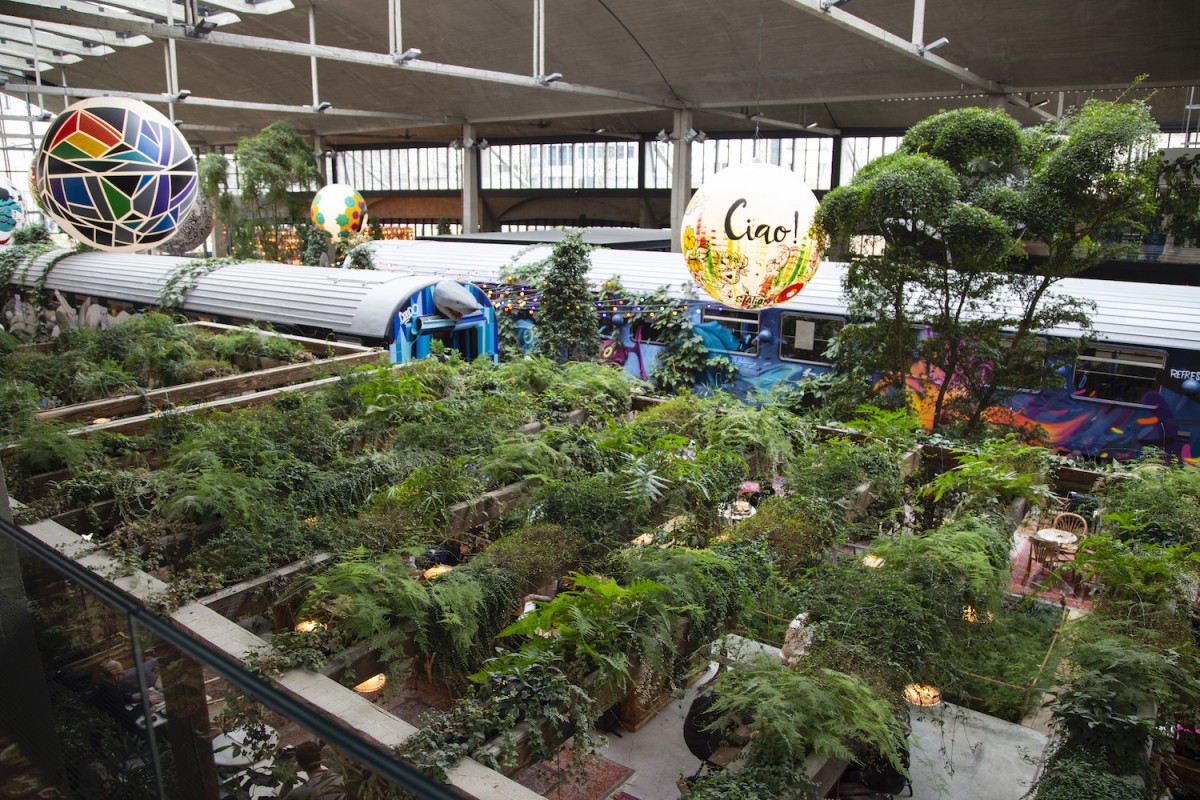 The Halle Freyssinet, Paris, was a big rail freight centre, built in the 1920’s. It was designed by Eugene Freyssinet, a French engineer, developer of the prestressed concrete technics. After its last use in 2006, a big battle began to save it from destruction, untill the emergence of an ambitious – very big – program: transform it into the world’s biggest startup campus. This turned reality in 2017. The Halle, of which structure and thus grey concrete colours was preserved, now welcomes hundreds of start-uppers, from France and all other the world. At one end of this big working hive, a restaurant of the Big Mamma family, named La Felicita, was developed. The aim of the two creators of this growing Italian inspired brand, installed in Paris, Lille and London: offer food 24/24 for the workers and create a food court open to the general public. The result: la Felicita, 4500 m² of food and… an italian jungle. The French landscape designer Emmanuel de Brun designed a place where green marries grey, where tropical plants mix with the Italian spirit. Thanks to old railway cars, woody materials, second hand stuff, and most of all hundreds of hiding plants and huge Bucida buceras – more than 10 meters high – (and a big Christmas tree) all chosen, installed and maintained by Les Jardins de Gally, the team created a big atmosphere. The place is always busy – more than 1 hour in queue – and is used as a series of restaurants as much as a meeting and co-working place… for a big big number of happy, worldwide, fit and healthy people!