A green place to train 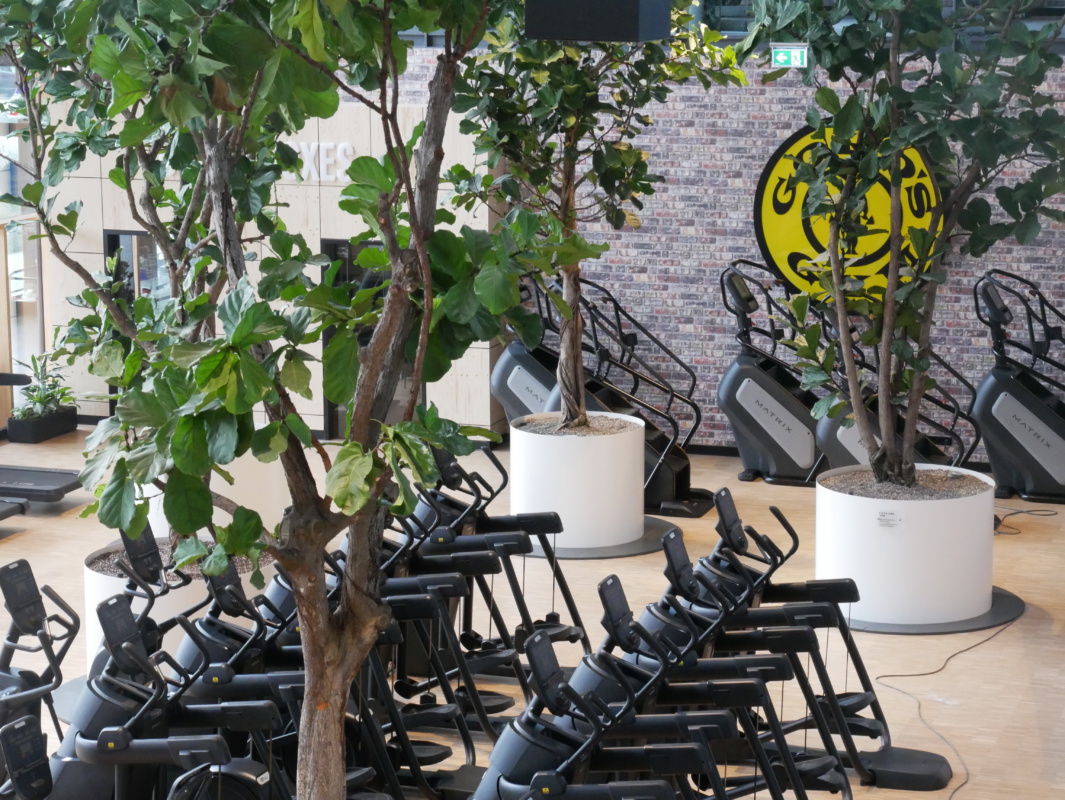 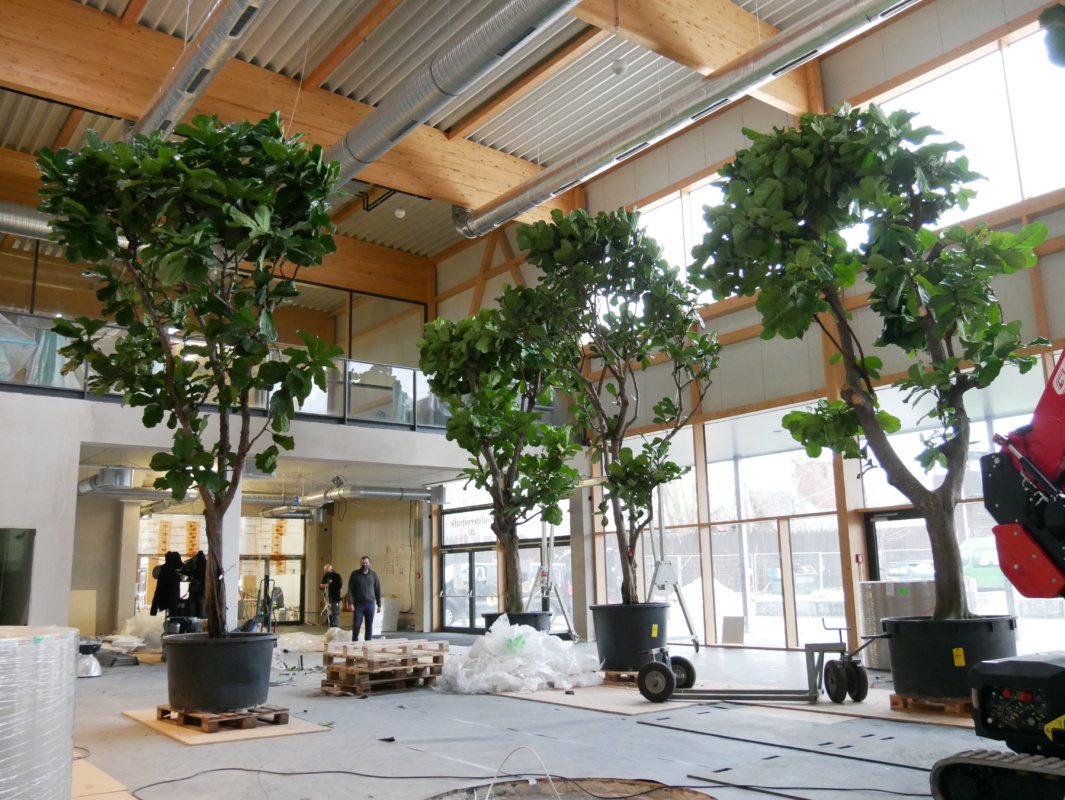 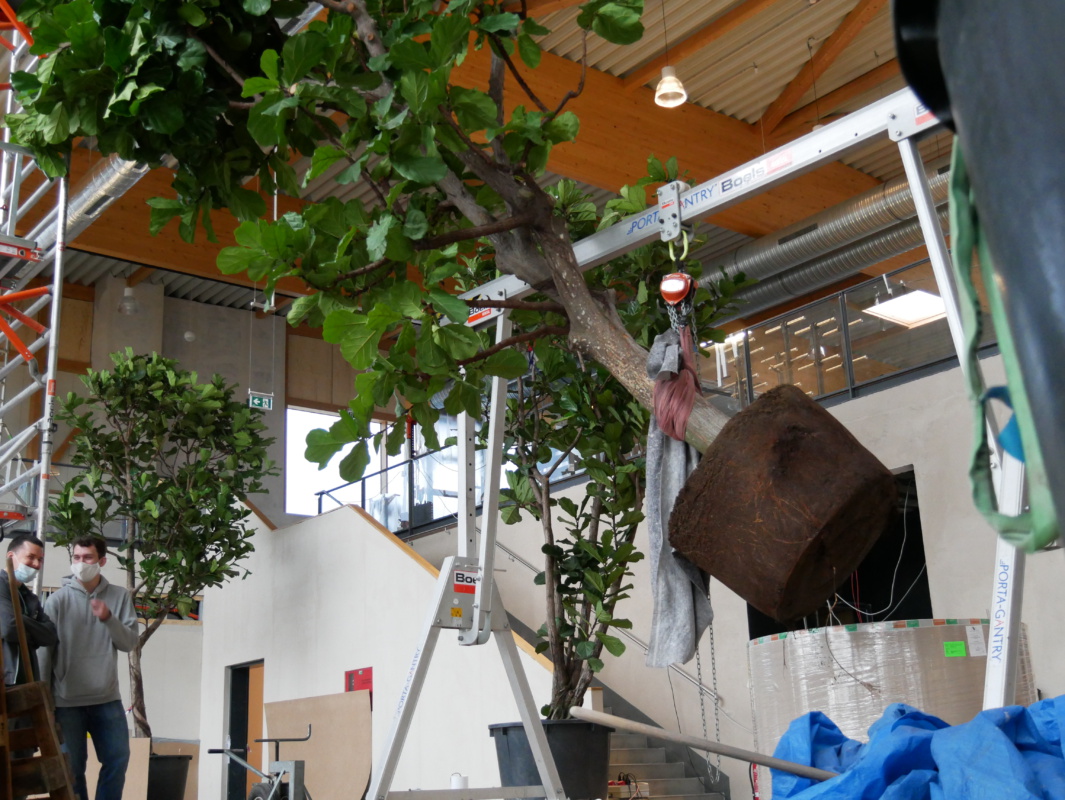 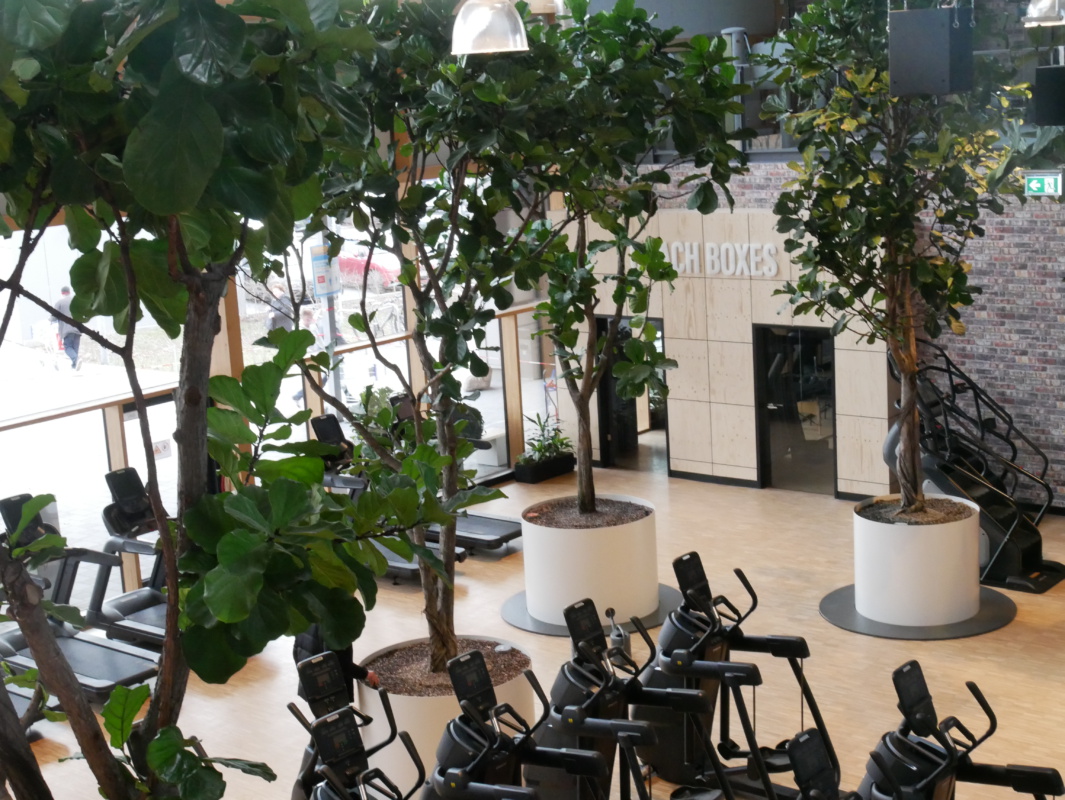 GREEN INDOOR TRAINING PLACE
Follow from our photographic documentation how the idea of exercising under trees, bringing the idea of environmental protection and sustainability to a gym, gradually developed into a “forest. ”

A little over a year ago, we sat in a meeting of the RSG Group. It was about the project of a green fitness studio in Berlin Spandau. “Green” meant not only the plants, but also the entire technology and equipment. With each step, the project became more exciting. And it was great to be involved so early as experts on greening.

Rainer Schaller had in mind a big tree with a wide spreading crown under which to train. Soon we agreed to fly to the Netherlands and look at trees.
On our joint forays through the big gardeners it quickly became clear that it was not to be one big tree, but a forest.
Back in Berlin, we met at the construction site and marked the locations of the trees with boxes to get a spatial impression.

Then almost a year passed. Corona shut everything down. We continued to work: determine the weights of the trees, pot sizes, ground load, exposure analysis and idea workshops for further greening.

Finally it was time – on February 11th the trucks arrived with our trees.

After the trees were set up, the fitness equipment came and gradually the hall filled up.
In the meantime, there has been a digital opening, everything is ready. The first green and 100% CO2-neutral gym is waiting to be allowed to open its doors.